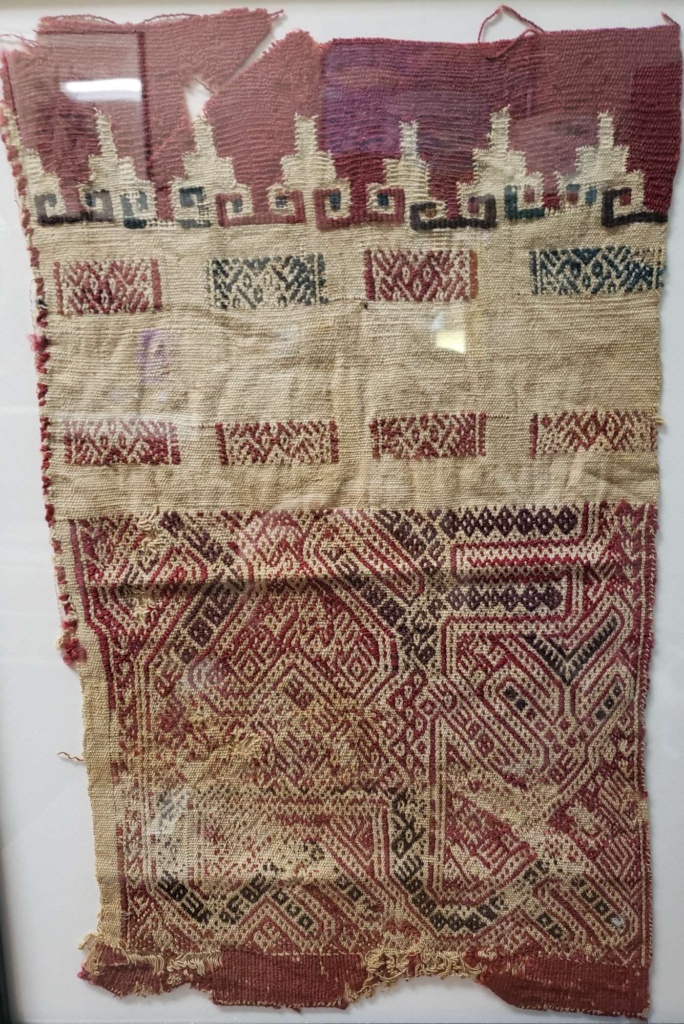 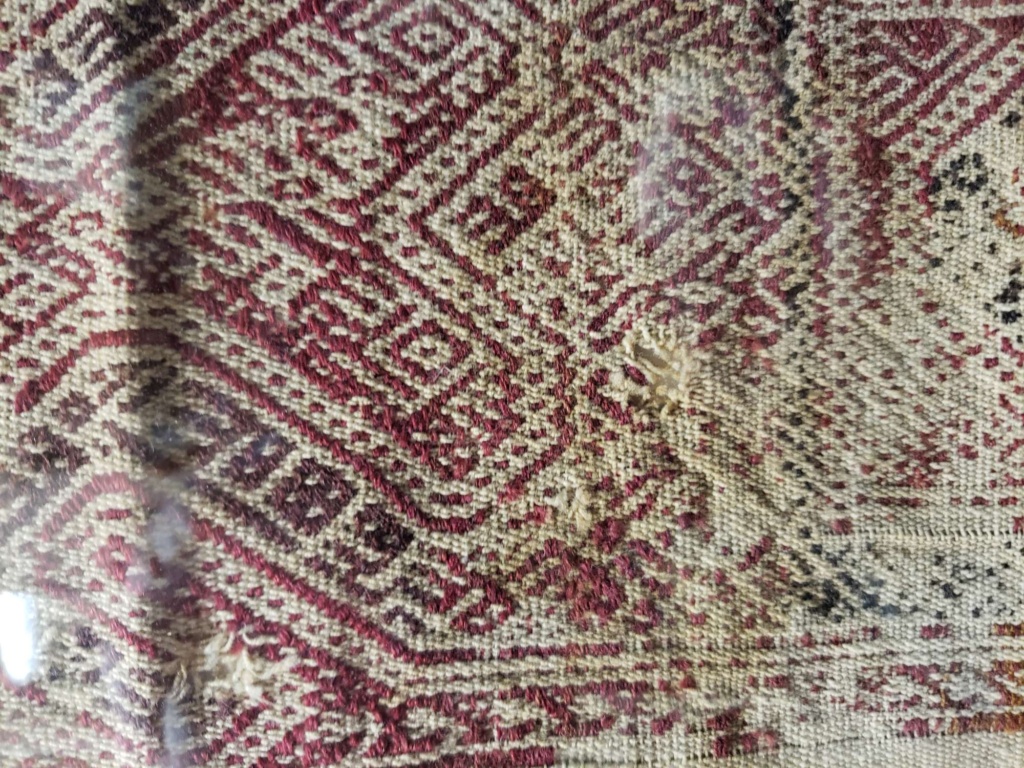 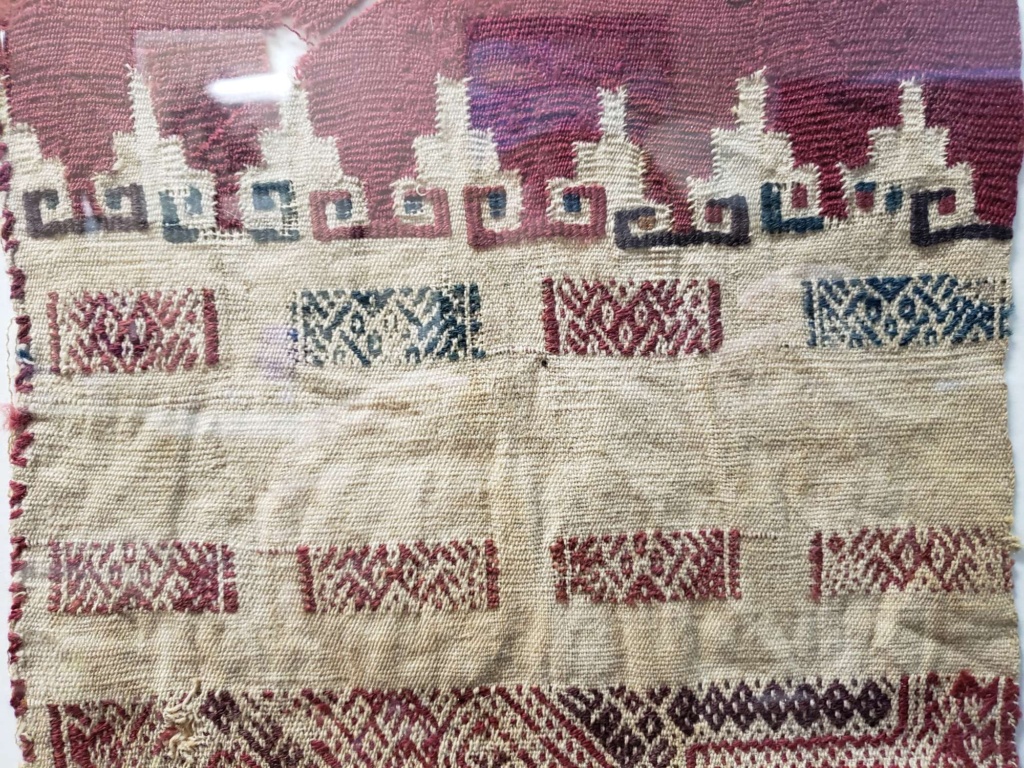 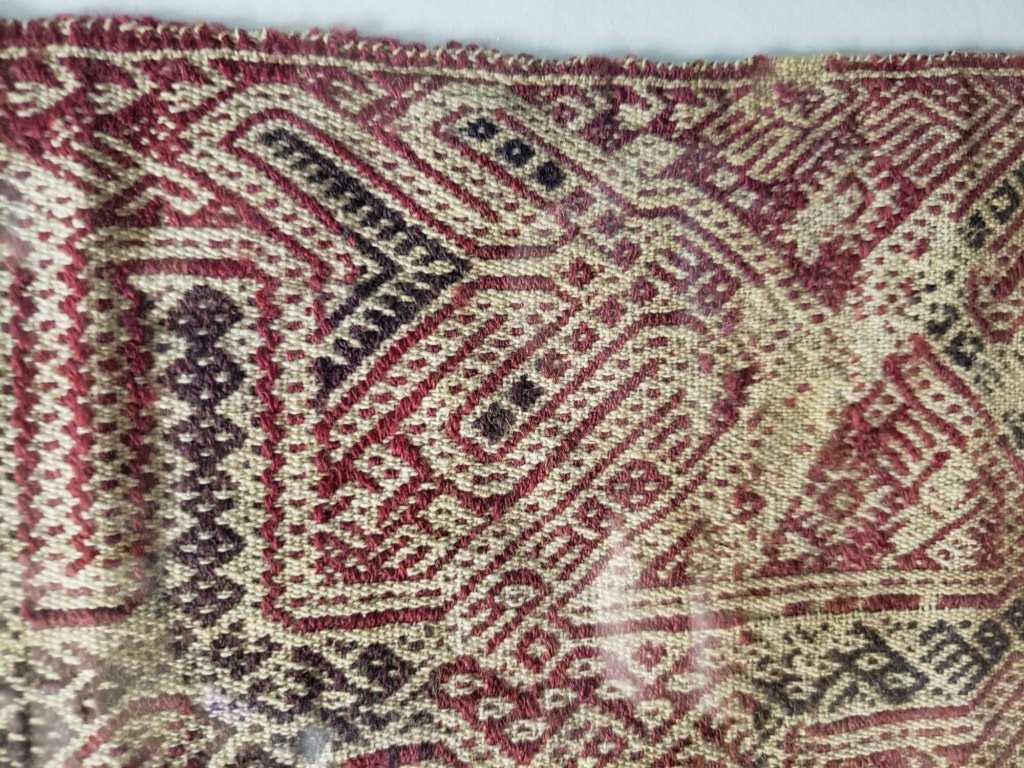 I purchased this textile fragment in about 1993 from a gallery in Calgary, Alberta. It was found in Peru in the 1970's and was part of the clothing found on a female mummy.

It measures 9" X 14" and is quite intricately woven. The design is very detailed and quite chaotic. The top half has a repeating design with alternating colours and the second half is a free for all. In the bottom design you can see all sorts of geometric shapes.

It is amazing that they were able to weave this by hand and that the natural dyed colours are so vibrant after 600 years,

Funny story about this textile is that I did not intend to purchase it. I was a broke college student and at the gallery they had a Aztec hammered gold applique duck that would have been worn on a breast plate. It was the most amazing thing I had seen in a long time and I had to have it. I saved my money for 6 months and ate nothing but instant noodles and coffee. When I finally begged, borrowed and stole enough money I went to the shop and it was gone. The day before some guy came off the street and asked if he could see it. As soon as it was in his hands he took off running out the door. I was devastated when I found out, mostly because I had my heart set on it but also because I am pretty sure it got melted down. The owner of the gallery took pity on me and offered me this textile at a great price.

I have it mounted in a frame but do not display it as the natural dyes would fade very quickly if exposed to sunlight.