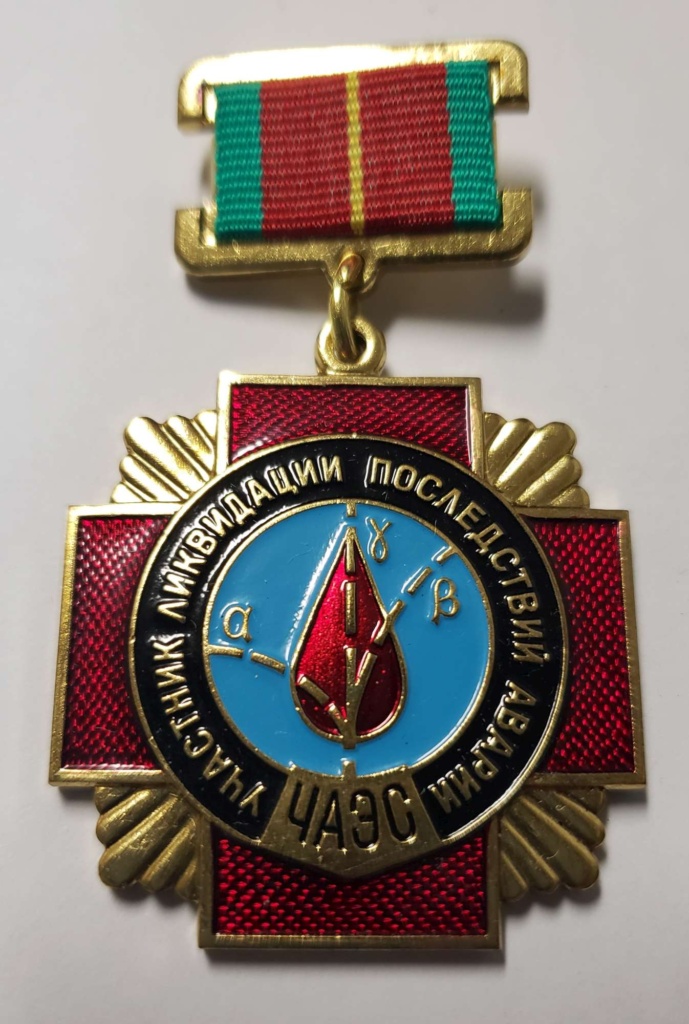 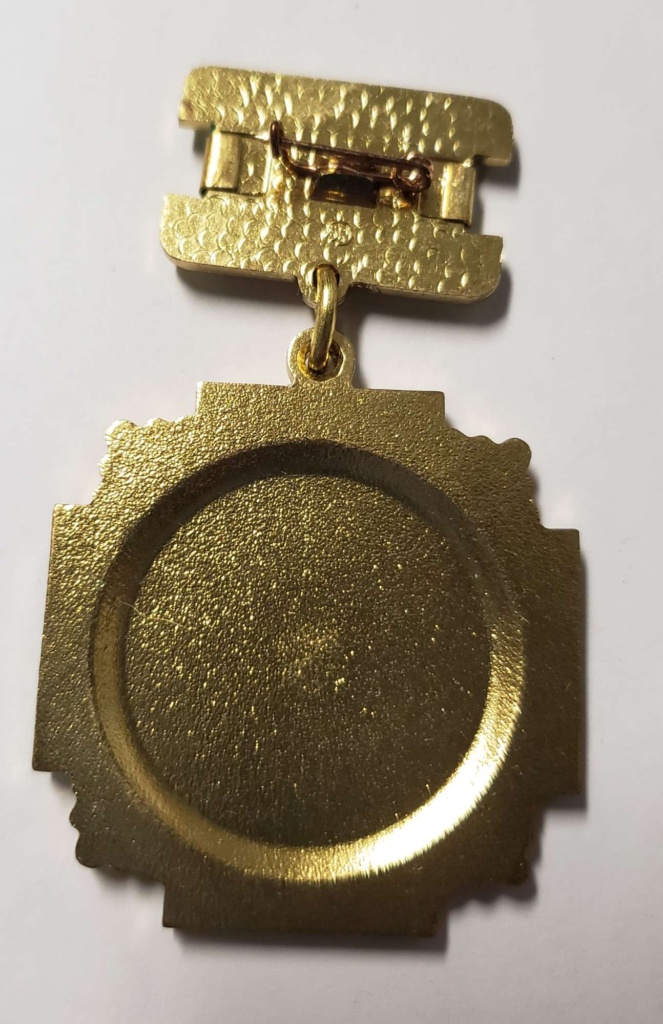 This medal was given out to the fire fighters and cleaners of the Chernobyl disaster in 1986. It is the only medal of its kind to be awarded for participation in a nuclear cleanup. It comes with a award document. The document reads:

participant in the elimination of the consequences of an accident
at the Chernobyl Nuclear Power Plant in 198    years.

The bearer of the certificate is entitled to benefits and pre-
registration, assets established by the legislation of the CCP
Union republics for persons who took part in the work
on elimination of consequences of the Chernobyl accident